It was September 2003. The summer was warm, lazy, but very nervous for me... Something was coming. My master must have gotten into trouble: his wife, her new friend and their cat Maciek moved away from home, and my master went to prison for 3 years. I ended up in a shelter in Warsaw...

I entered, or rather was forced into a cage to be quarantined. I was alone in the box - just me and a bowl with food and water. I was locked with a padlock. Everyone was afraid of me... but I was even more afraid of them. They didn’t know it. New place, being locked away from those, who lived with me, took care of me... Oh, I forgot to introduce myself: back then I was a 5-year old tricolor bull terrier called Natasza. A bull terrier facing such dire straits for the first time in my life... I decided not to eat and drink. They checked on me, tried to talk to me, but I was unyielding... Until She came. I heard her ask to open the box, and then a firm but soft voice: "Natasza, let's go". Well, I came out, took a pee, and had a long walk with Her. I was strangely calm and looked at Her all the time. After the walk she took me to her room and talked to me for a long, long time. I nestled up against Her timidly. She told me she'd had a bull terrier Fill who died half a year before. At 6 p.m. she walked me back to my cage.

Next day, a worker came to me and tried to talk to me, but I waited for Her. She came, took me for a walk and it became our routine for some time. Finally, one Sunday evening she took me for a short walk to a car, where two other people were sitting. That day she took me to Her home. I liked it so much that I quickly tried to sneak into her son's bed... and succeeded! In the morning I went with him for a walk. Only then did I realize that there’s another dog in the house - an old, sick dachshund that would pass away a year later... I was sad and the house felt empty, but then I had the whole house to myself - that counts for something, huh?

It turned out you cannot have everything, after all. One day in 2006 another dog came into the house: a blue-gray, whining poodle – an old one with only three teeth. My Lady said he had jumped into her shopping bag and just stayed there. Mały (that what his name was) didn’t bother me at all - he was out for most of the day. In would come back in the evening with our Lady.

Two years later another dachshund joined us: Poldek - brown, barking and watching over the elderly Master. In the evenings we would split: I stayed with Michał, Mały with Her, and Poldek with the elderly Master. There was a problem - the dachshund kept eating my snacks. Unfortunately he was smaller and quicker at the bowl. I didn’t like him bossing around in the house, so I decided to teach him a lesson. I waited for Poldek in the kitchen... and set the rules straight: I'm in charge, Poldek is my deputy when I'm out, and Mały has no say in anything. He only had three old teeth, so he wasn’t a threat. We posed as a well-traveled dog and each evening when he came home, he would try to impress us with his stories from the shelter - I listened to those stories but I was so glad I didn’t have to go back. It was Poldek who became my companion and friend - we stuck together. We spend almost whole days at home together. Anyway, Mały had to yield.

I also set the scope of responsibilities for everyone in the house: Michał was the one for food and walks, She - for care, and He, the third Person - for company.

Michał often took me to the forest, where I could jump around and eat blueberries. Yummy, they were good. It was lovely - he stroked me, and I enjoyed the views. The world was wonderful, and I felt great and loved by Michał...

It was the best time of my life - walks, trips, toys and my beloved, squeaking toy chicken... I regularly got Christmas and Easter presents, but that time I was extra nice, because I knew I would get the chicken. I was so happy. I licked it and fondled it and eventually tore it into pieces... There's nothing better than satisfaction that comes from a torn chicken.

At home they called me Nasia, Lusia, Łusia, Nastka or Krówka ("cow" - reference to my coloring). Different people used different names, but I always knew they were talking to me.

Michał spent whole days with me. He studied, and I helped. You know: sleeping till late, walks and stuff. A "W" word was enough for me to stand in front of the doors, barking happily. And the yummy food - grapes, butter rolls, pork chop, chicken - when I heard a rustle in the evening, I opened my eyes and always got my share. And all the playing, doing nothing, caressing.... In the evening She came home. She always had new smells on Her and always some treats for the family... and a lot of joy for me. We sat together, talked and then everyone went to bed - I let Michał sleep with me.

When I was in pain, I always went to Her - she would know how to help me. One May day (a cold one, I didn’t even want to get out of bed, I was already 13 years old) I woke up slightly paralyzed. I didn’t know what to do. She took me to a clinic. Injections, drips, diet, staying away from home... I didn’t take it well. Michał and others cried. She was very sad, didn’t say much, and I didn’t know what was happening. I overheard that it was bad - that I have two tumors in the brain and acute leukemia... I had no idea what it meant, but everybody was so worried about me... Again the medication, check-ups and finally release to home.

23 May 2011, morning... Another typical day: I got up, played with my yellow ball... but I didn’t feel well. I knew the end was approaching. I went to say goodbye to Her and Him. With my last strength I went down the stairs... I didn’t want to die in a place where I had the best time of my life. I fell asleep in the yard, next to the gate I used to watch, through which I went for walks, leaving everything behind: my home, my family and Poldek. Now he must take care of everyone. 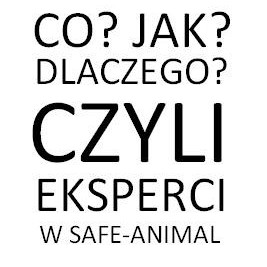